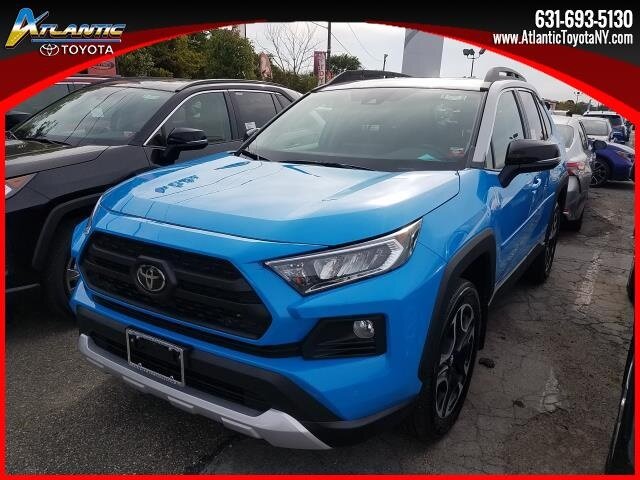 Model Overview
The standard RAV4 is powered by a 2.5L 4-cylinder engine sending power to either the front or to all-four wheels via a new 8-speed automatic transmission. Hybrid models all come in all-wheel drive, thanks to the rear wheels being powered by an electric motor. Expect the hybrid model to return around 34 mpg in the city.
RAV4s come in five basic trim levels, SE, XLE, XLE Premium, Adventure and Limited, with prices starting at around $25,500 for the SE.

The Premium version of the XLE gets 19-inch wheels, a power liftgate, seats trimmed in Toyota's SofTex faux leather, an 8-way power adjustable driver's seat and a leather trimmed steering wheel.
The Adventure trim looks a little more butch with its own unique set of 19-inch wheels, along with a split bar front upper grill not shared by any other trim level. It also gets unique badging and roof rails. Inside the Adventure gets a nicer, panoramic backup camera, a digital speedometer, orange stitching throughout the interior and a bigger 8-inch touchscreen.

* Pricing -  All vehicle pricing shown is assumed to be correct and accurate. Incentives, credit restrictions, qualifying programs, residency, and fees may raise, lower, or otherwise augment monthly payments. Additionally, incentives offered by the manufacturer are subject to change and may fluctuate or differ based on region and other considerations. Unless otherwise noted or specified, pricing shown does not include title, registration, or tax fees and costs.

* MPG - Vehicle information, as well as features and other inclusions, may vary by model and are based exclusively on standard equipment. No claims, warranties, or guarantees have been made related to the accuracy of customer payments, model equipment, or vehicle pricing. Please call with any questions you might have and to reassert the accuracy of any information presented here.

Use this shortened URL to share your current search results.